WELCOME TO ISHR 2016 IN ARGENTINA

The ISHR sponsors a number of important awards including the Peter Harris Distinguished Scientist Award, The Research Achievement Award, the Outstanding Investigator Prize, the Richard Bing Young Investigator Award, three Distinguished Lecture awards, and various travel awards for young investigators. In addition, several individual Sections award separate prizes. Members who have distinguished themselves for outstanding contributions to cardiovascular research are recognized by their advancement to the status of Fellows of the ISHR, a prestigious distinction that has been conferred on a select group of scientists. A list of past recipients of ISHR awards and Fellows can be found on our website at www.ishrworld.org. The ISHR also publishes its own journal (Journal of Molecular and Cellular Cardiology. Editor: David Eisner) and has its own newsletter (Heart News and Views, Editor: Leslie Anderson Lobaugh).

Goals of the ISHR

The mission of the ISHR is to promote the discovery and dissemination of knowledge in the cardiovascular sciences on a worldwide basis through publications, congresses, and other media. This is accomplished by:

WONDERING WHEN THE CONGRESS HAS BEGUN?

PROGRAM AT A GLANCE 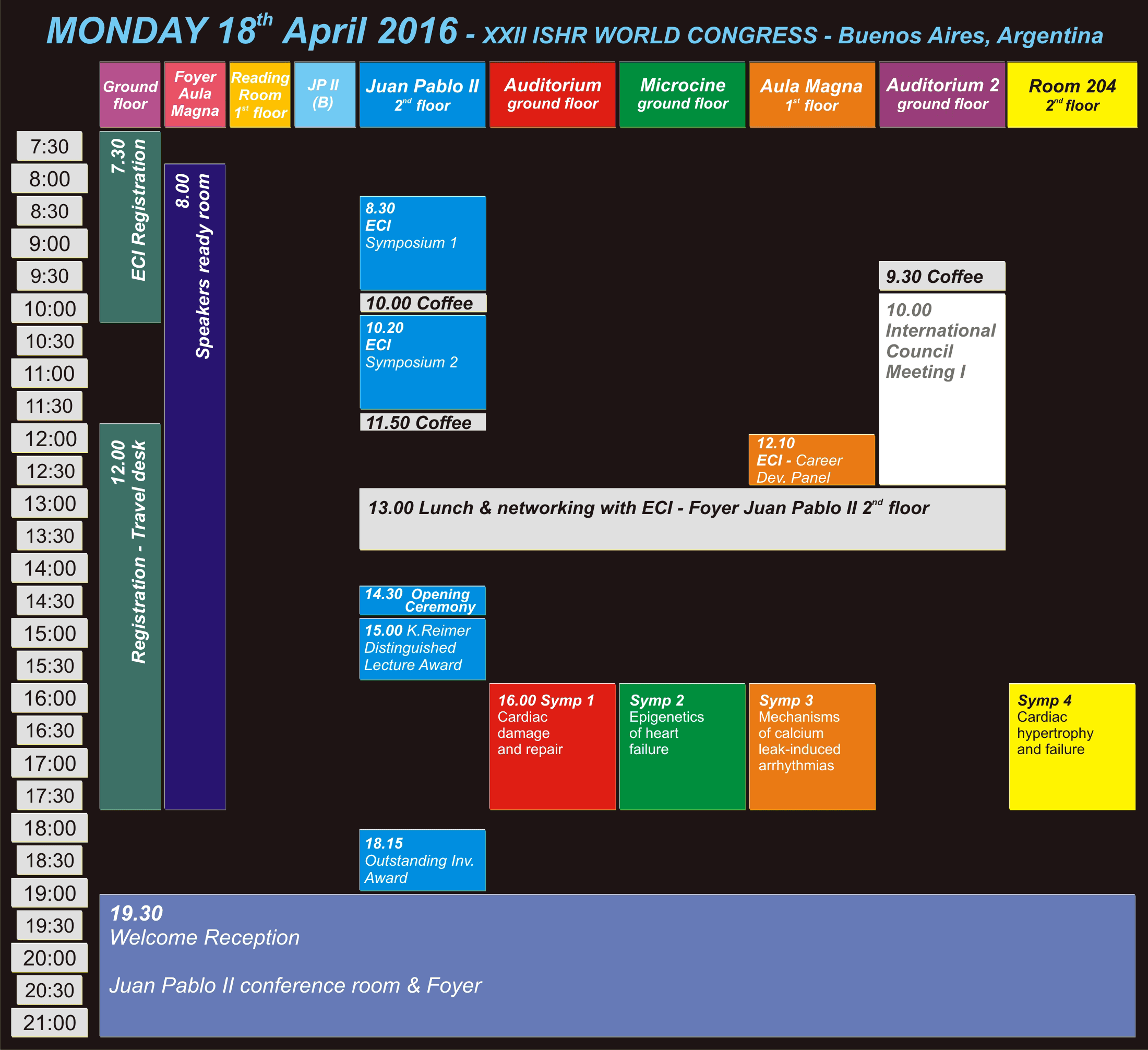 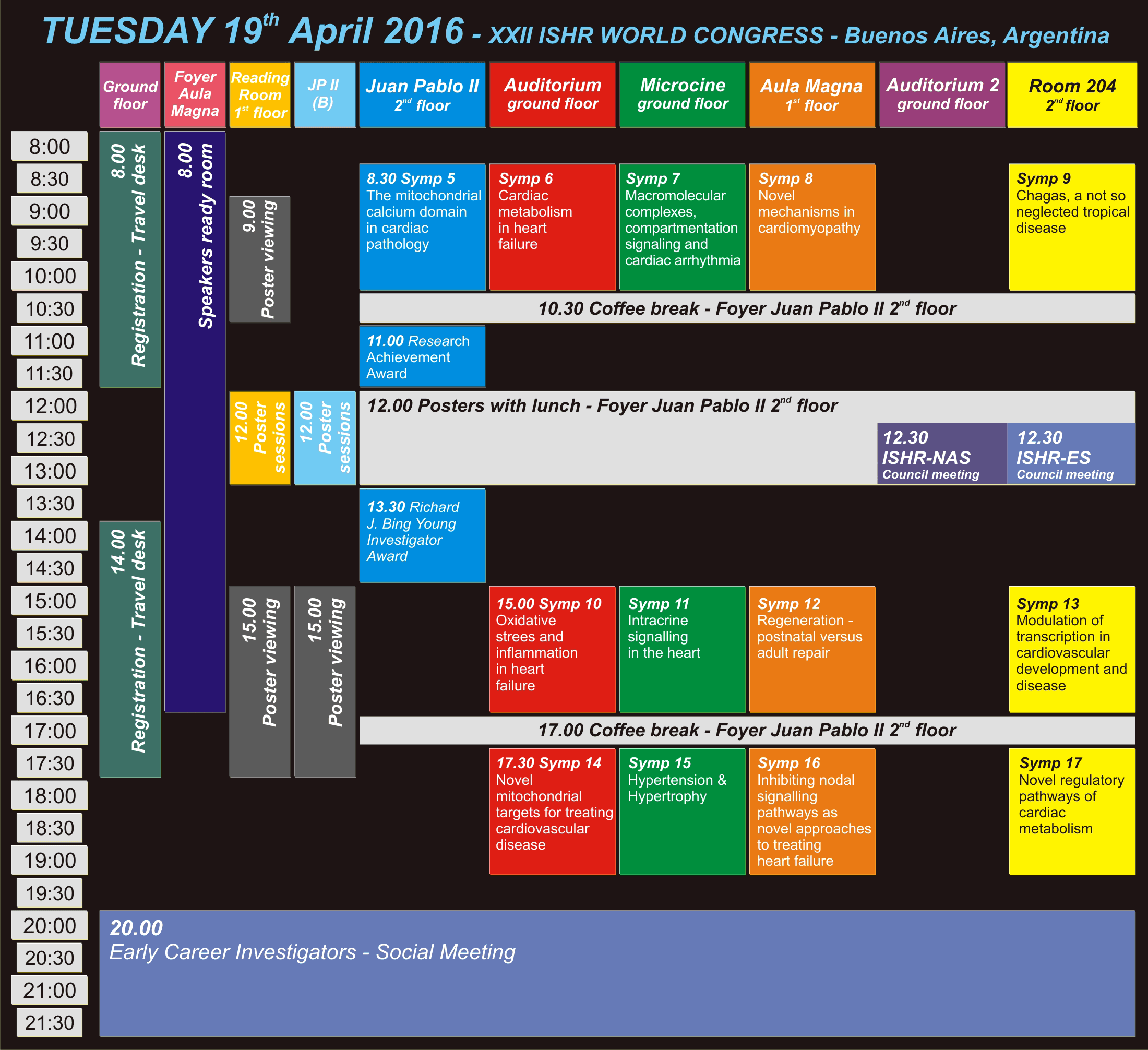 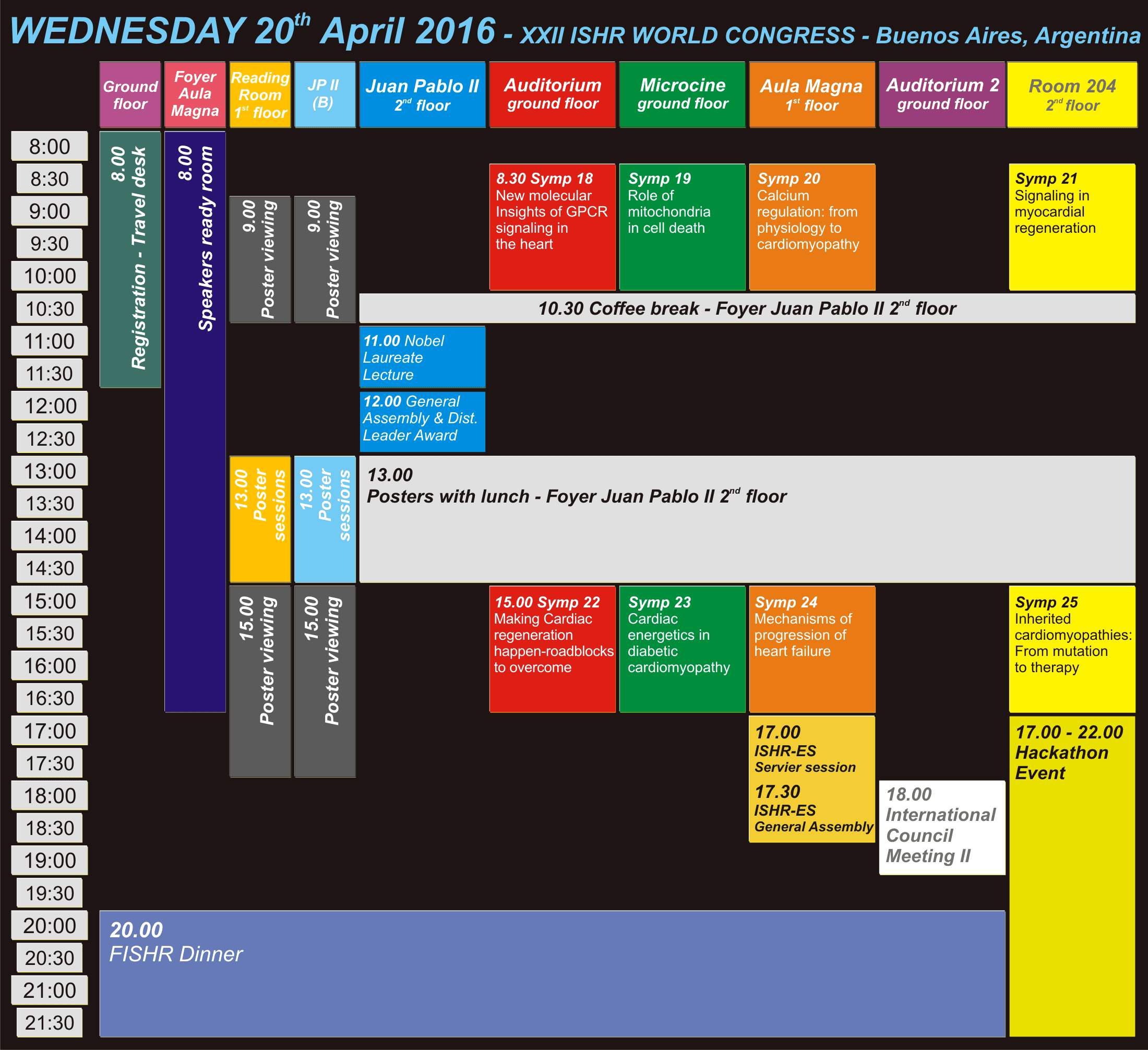 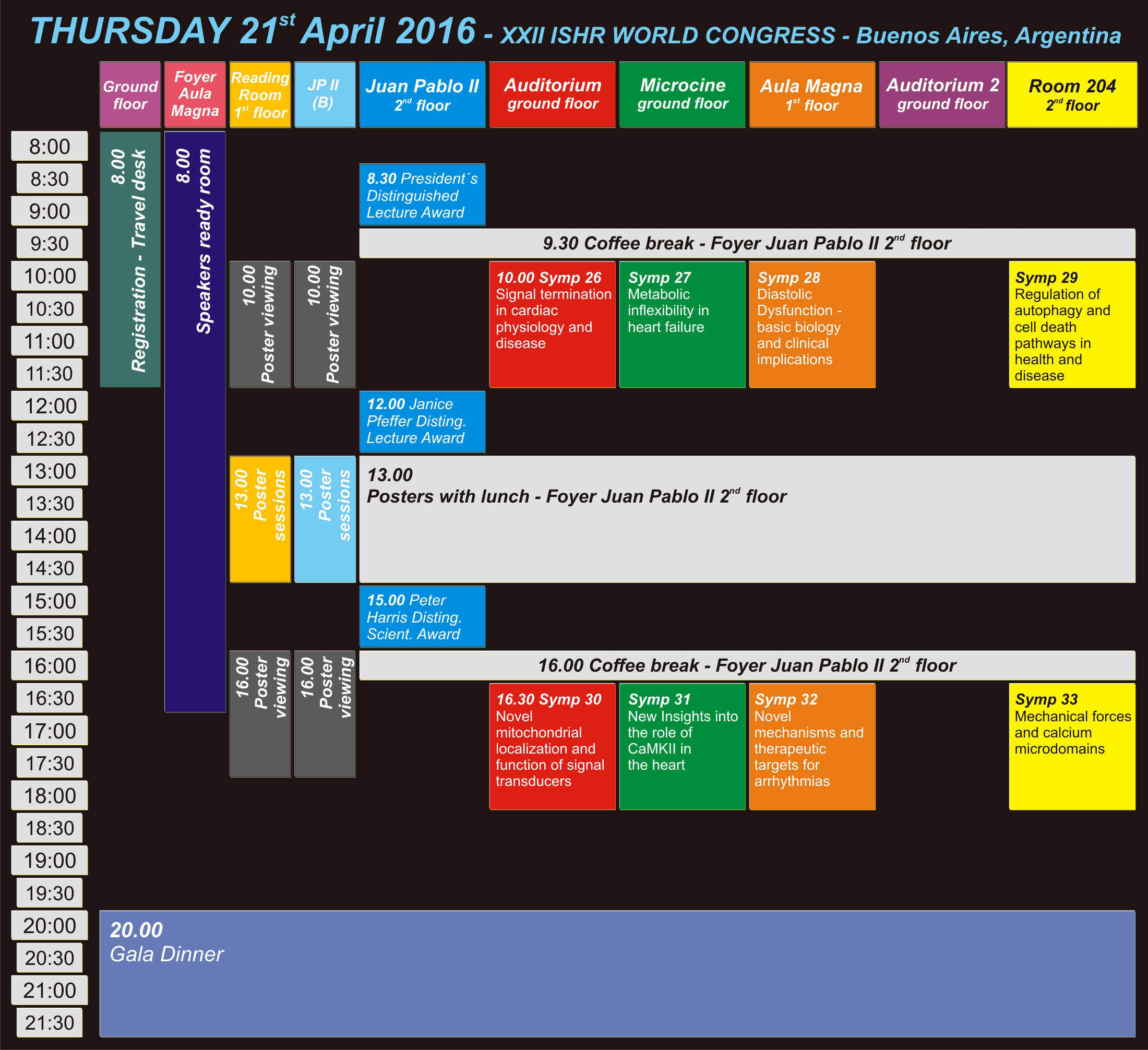